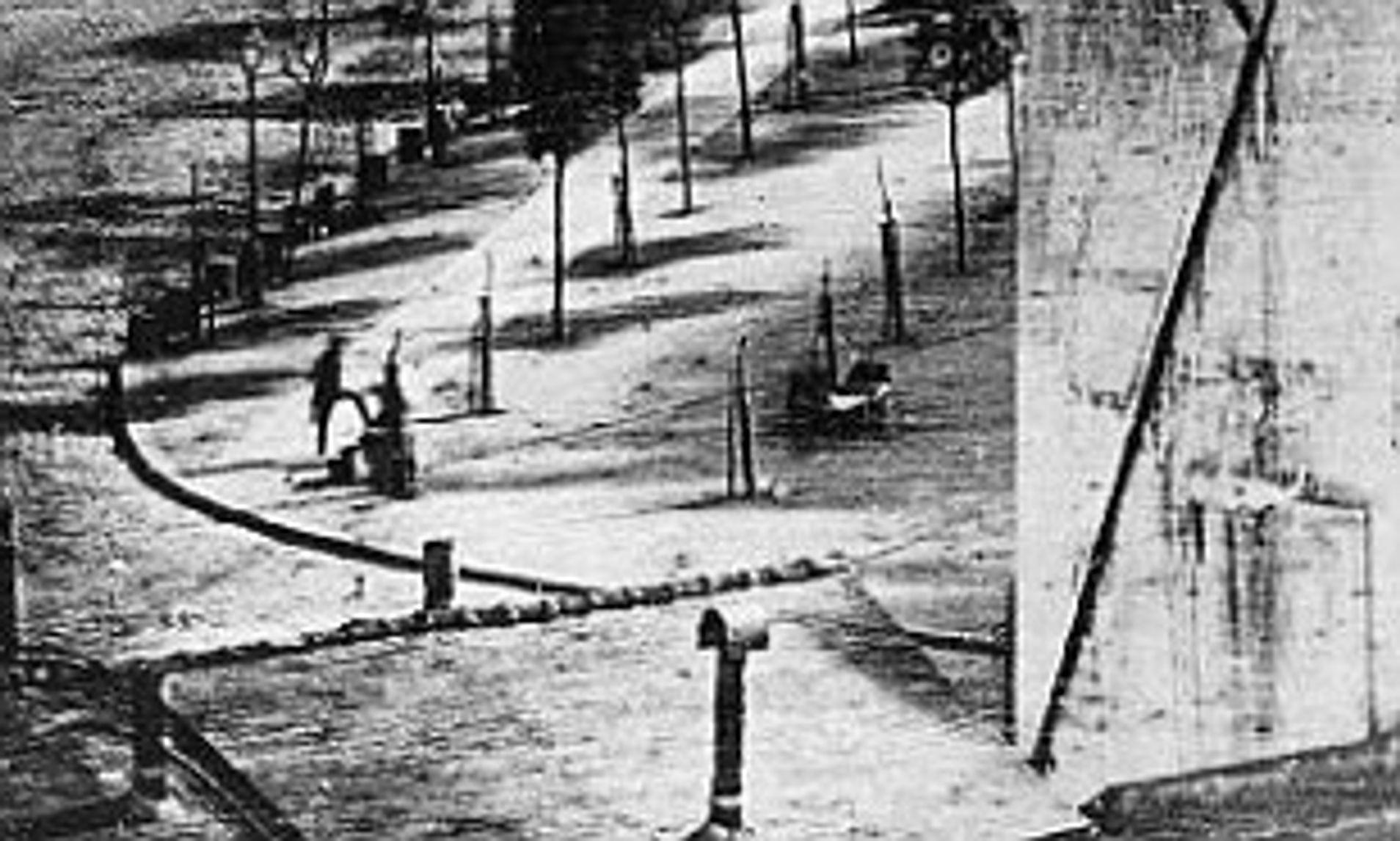 In 1838, Louis Daguerre captured a streetscape including a Parisian shoe-shiner at work, in what is said to be the first photograph of a human being. Another fabled image, never published, included two workers, napping under a bridge. Ben Evans James, Max Haiven, Phanuel Antwi, and Cassie Thornton take this absent image as a point of departure to think over our relationship today to sleeping, dreaming, and working in a world plagued by the injustices of racial capitalism. The participants ask what labour is required to rest? How might sleep manifest as protest? And how might we dream in a state of wakefulness? As the conversation unfolds, sleep and dreams appear as spaces and times for learning and imagining rebellion. Understanding sleep as a field of biopolitical struggles, the participants speculate on the potential of learning how to dream collectively.

This broadcast is co-produced by RiVAL: The ReImagining Value Action Lab in collaboration with transmediale.

Ben Evans James is film curator at transmediale festival, researcher at Film is an Architecture and tutors at The Bartlett, UCL, and Falmouth University. He is based in Berlin and Vancouver.

Max Haiven is a writer, teacher, and Canada Research Chair in Culture, Media and Social Justice. His most recent books are Art after Money, Money after Art: Creative Strategies Against Financialization (2018) and Revenge Capitalism: The Ghosts of Empire, the Demons of Capital, and the Settling of Unpayable Debts (2020). Haiven is editor of VAGABONDS, a series of short radical books from Pluto Press. He teaches at Lakehead University, where he co-directs the ReImagining Value Action Lab (RiVAL).

Phanuel Antwi is an artist, organizer and teacher concerned with race, poetics, movements, intimacy and struggle. He works with text, dance, film and photography to intervene in artistic, academic, and public spaces. He is a curator, activist and assistant professor at the University of British Columbia. His forthcoming publications include; monograph: On Cuddling: Loved to Death in the Racial Embrace (2022), as well as two edited journal collections: one on dub poetry for the Journal of West Indian Literature (2021); the other on “Weather” for The Capilano Review (2021).

Cassie Thornton is an artist and activist who makes a “safe space” for the unknown, for disobedience, and for unanticipated collectivity. She uses social practices including Institutional Critique, insurgent architecture, and “healing modalities” like hypnosis and yoga to find soft spots in the hard surfaces of capitalist life. Cassie has invented a grassroots alternative credit reporting service for the survivors of gentrification, hypnotized hedge fund managers, finger-painted with the grime found inside banks, donated cursed paintings to profiteering bankers, and taught feminist economics to yogis (and vice versa). Her new book, The Hologram: Feminist, Peer-to-Peer Health for a Post-Pandemic Future, is available from Pluto Press.