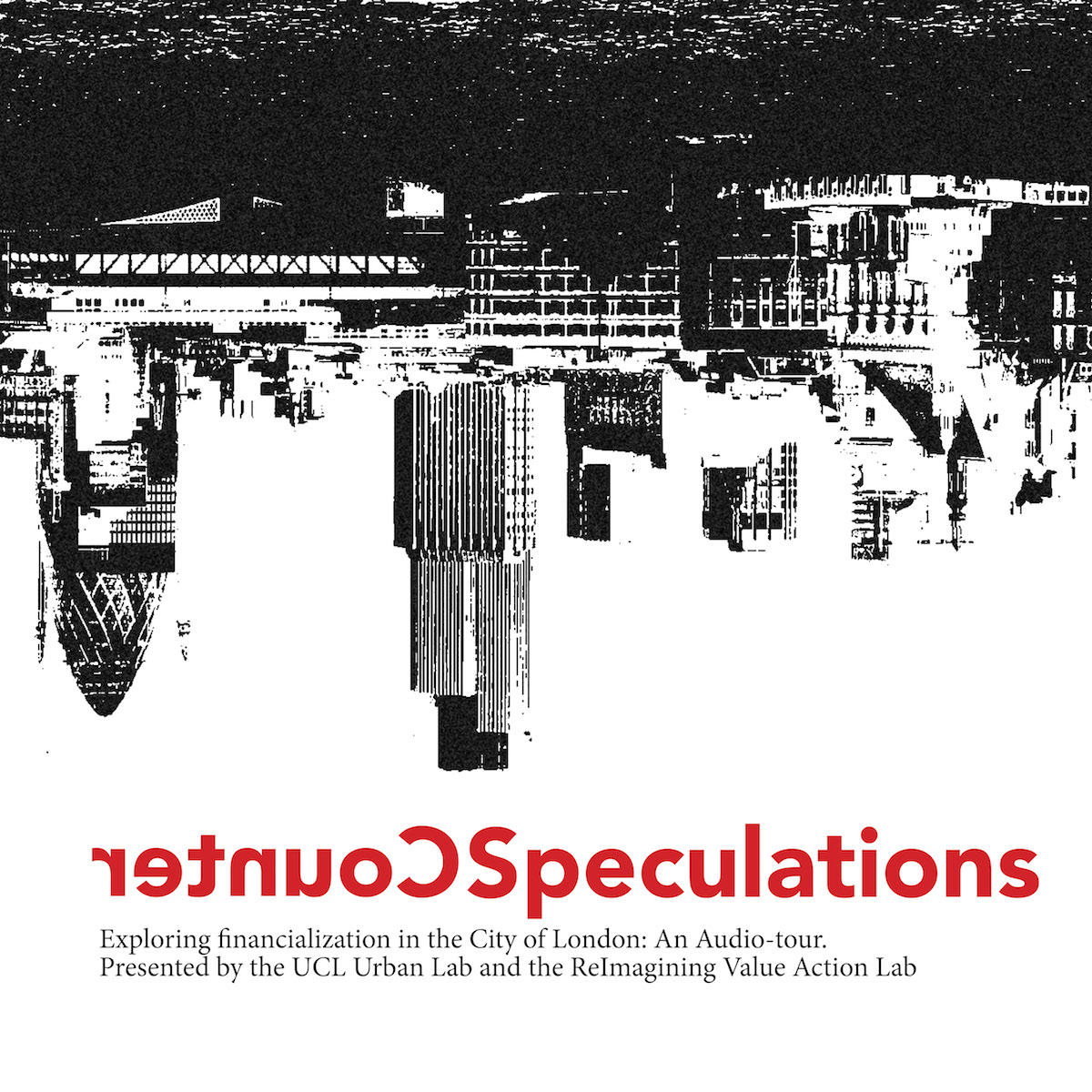 In May of 2018 my colleague Aris Komporozos-Athanasiou and I organized a collaborative walking tour of the City of London historical financial district to explore the connections between finance and the imagination. In October of that year University College London’s Urban Laboratory published the audio of that walk along with an interactive map, which can be found below. Anyone is now free to download or stream the audio files and map and take the walk themselves.

Below, you can find links to the audio from each individual section of the tour, which you can download or stream. You can also listen to them all on Soundcloud at the following link: https://soundcloud.com/uclurbanlab/sets/counterspeculations/