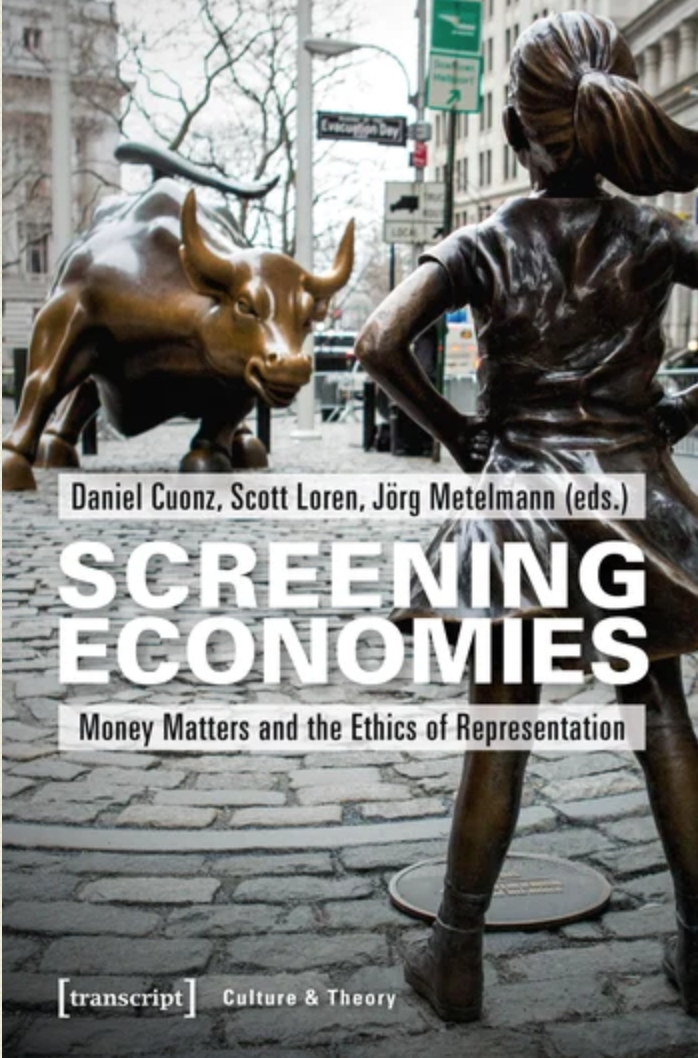 In my inquiries into the relationship between art and money I have argued that one of the key conundrums for artists seeking to represent today’s global financialized capitalist economy is that financialization itself is a process of representation. Finance, as a dimension of capitalist accumulation, ultimately exists within that system to scan, interpret and respond to the vast complexity of sociality, which is to say the sublimely vast array of relationships, subjects, processes and transactions that at some point intersect “the economy”. For this reason, David Harvey has analogized finance as capital’s “central nervous system.”  I have suggested that, perhaps, the metaphor of the imagination is more apt, in part because that term has connotations of the capacity to produce predictive images (as finance indeed does), in part because it hints at the chaos and fallibility of this image-making, in part because it also alerts us to the way financialization transforms the imagination of social actors and also relies on that transformation.
In any case, approaching “finance” as, in part, a method by which capitalism represents the social world, the better to (dis)organize it, allows us to more clearly frame the challenges facing artists who seek to represent finance or financialization. These phenomena and processes are not only mind-bogglingly baroque in their internal workings, they are also in a funny way capitalism’s own inhuman form of art, or, in Bifo Berardi’s terms, poetry. As I have argued, from one angle we can see financialization is an orchestration of the social imagination. Thus the artists who have most interested me have been those who do not seek simply to represent finance or financialization itself, but seek to investigate the relationship between finance and society, or more accurately financialization (the process by which society is recalibrated and recoded by the speculative, extractive and accelerative logics of finance) and sociality (the living, imaginative fabric of social intercourse).

With that in mind, I want here to pair the work of the radical film-maker Melanie Gilligan and that of the late cultural theorist of financialization Randy Martin. Gilligan’s 2015 film Popular Unrest presents a (horrifically plausible) dystopian vision of a financialized society where a vast algorithmically empowered, preemptive economic system (artistically personified as a singular World Spirit) colonizes not only social and economic institutions, but also the fabric of social life itself. In my reading, this film resonates strongly with Martin’s theory of “derivative sociality”, the forms of relationality and imagination that emerge within and are components of financialization.