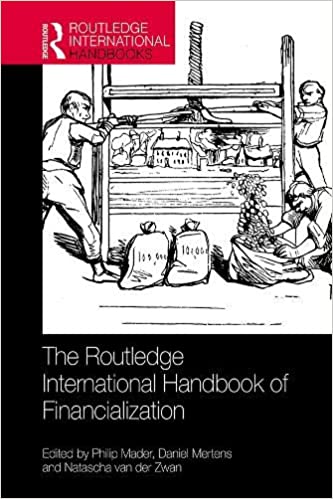 This chapter briefly examines the relationship between culture and financialization from four inter-related angles. First, we explore the finance culture. Here I mean culture in the more anthropological sense of the term and intend to outline some of the recent scholarship on the institutional codes, value systems, representational schemas, quotidian practices and structures of feeling that circulate in and hold together corporations and institutions in the financial sector. Here we will take the example of the institutional culture of Wall Street investment banks.

Second, I want to outline some dimensions of the cultures of financialization, by which I here mean the way the logics, codes, value paradigms, speculative ethos, measurements and metaphors of the financial sector have filtered into other (non-financial) economic and social spheres, offering a set of techniques or dispositifs for the recalibration of institutional priorities towards an alignment with financialization. Here, we will examine the financialization of Anglo-American universities.

Fourth, I turn to the quandaries of cultural production about financialization discussing how producers might adequately represent and respond to financialization, contrasting several recent Hollywood films with John Lanchester’s novel Capital.