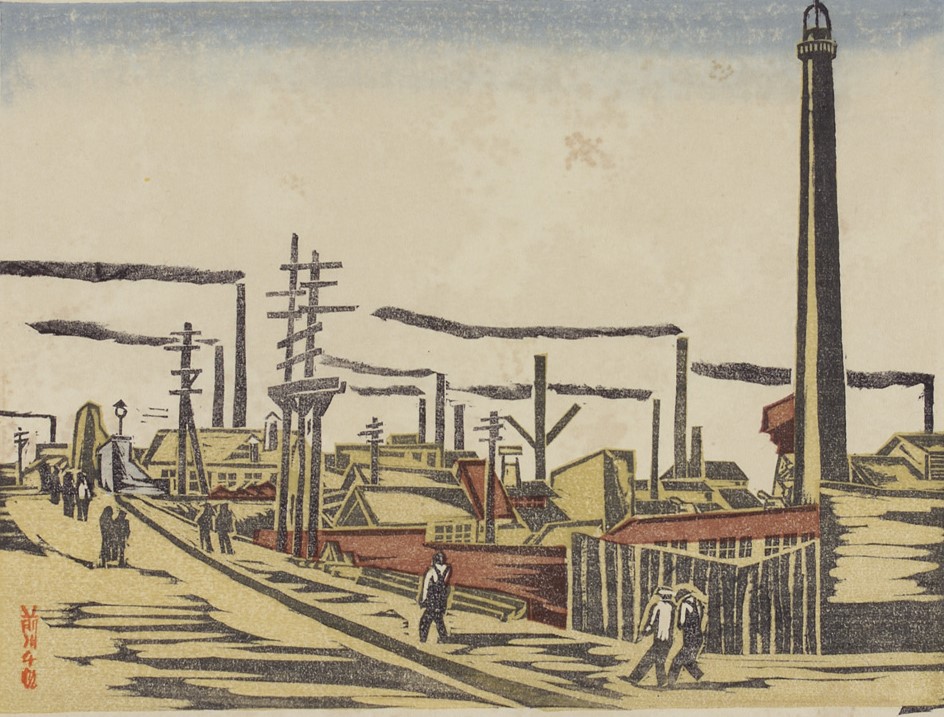 E-Flux has published an edited excerpt from my book Revenge Capitalism: The Ghosts of Empire, the Demons of Capital, and the Settling of Unpayable Debts.

The following is an excerpt from Max Haiven’s Revenge Capitalism: The Ghosts of Empire, the Demons of Capital, and the Settling of Unpayable Debts, out this May from Pluto Press .

Revenge capitalism, as I have sought to define it throughout this book, is a dimension of capitalist accumulation at its intersections with other systems of power wherein it appears to take needless, warrantless, and ultimately self-destructive vengeance on humans and other forms of life. I have argued that it names both a general tendency within capitalism throughout its history as well as a valence of the particular period in which we live, since roughly the mid-1970s, coterminous with neoliberalism, financialization, and capitalist globalization. My appending of the adjective “revenge” to capitalism does not seek to offer a categorical or definitional qualifier but, rather, to encourage us to orient our imagination to the vindictive qualities of capitalism. I have sought to demonstrate the fruits of such an orientation in the chapters of this book, which each in their own way seek to chart some of these intersections. These chapters have been written as different windows onto the same multidimensional phenomenon, rather than as stages in a unified argument. As a result, this conclusion can’t be summative but is, rather, geared towards making one final distinction that has been hinted at throughout the foregoing pages, a distinction between revenge fantasy and an avenging imaginary.

In my reading, revenge capitalism is not primarily motivated and perpetuated by anger, bitterness, resentment, or rage, though it may give rise to these sentiments. The vengeful dimension of capital is a reflection of its inherent structural tendencies and contradictions, notably that it is a system not orchestrated by a total monarch, an oligarchy, or a conspiracy but, rather, by the sum of the contradictory actions of innumerable capitalist actors. While sometimes these capitalist actors conspire or work in explicit and intentional concert (in cartels, in secret or not-so-secret societies, in industry blocks, corporatist states, and so on), such collusion can imperil the fundamental dynamic of capitalist accumulation: the necessity of intercapitalist competition. This competition drives each capitalist actor to ever greater excesses in search for profit (and, more abstractly, a share of surplus value) and ultimately drives the reduction of wages, the enclosure of the commons, the desolation of the earth, the proliferation of inter-imperial rivalry and war, and the surplussing of populations. Capitalism can act vengefully even if operated by angels.

This tendency is exacerbated in an age of neoliberal, global capitalist accumulation. This is a moment of capitalist accumulation that has vested itself not only in the hypermobility of capital around the globe, allowing it to play nation-states against one another in the name of attracting or retaining investment and forestalling economic ruin, but also in the progressive transformation of nearly every social actor into a capitalist agent, a kind of universalized complicity and victimhood, though with radically different opportunities and consequences. Ours is a moment when capitalism has developed powerful new ways to avoid, capture, undermine, or reconfigure in its own interests most forms of social and governmental regulation. The imperative to hyper-capitalist dispositions of entrepreneurialism, competition, and private accumulation is offered as the remedy to the world of paranoid precariousness that capitalism is, itself, creating. From the false freedom of the “gig economy” to the sabotaged charity of subprime and microfinance loans, capitalism’s contemporary logic is to, in a profoundly destructive way, make each and every human into not only a source of exploitable labor power but a small-time agent of capitalist accumulation. That most of us will fail is irrelevant: we will be told our failure is our own fault, or sold a fantasy that our failure is the result of others who cheated (migrants, minorities, “special interests”).

Capitalism, of course, has no desires, no sentiments and no dreams, but as the sum of the actions of its parts, actions motivated by its structural demands for competition unto death, it comes to appear as a system of reckless vengeance on those whom it depends. Meanwhile, its pervasive imperative towards competition, and the social, ecological, and political chaos this competition unleashes (see chapter five), tills the psychosocial soil in which the seeds of revenge politics germinate.

In bringing the notion of revenge in proximity with the system of capitalism, then, I have sought to do three things:

Revenge fantasy, as distinct from the act of revenge, is often a means of maintaining oneself within an intolerable or contradictory situation. It is not only the sweetness of the fantasy itself which becomes sustaining. In the nursing of the grudge, in the calculation and recalculation of the debt, we come to understand ourselves within otherwise intolerable and inscrutable contradictions and forestall a painful transformation. But in contradiction to the Nietzschean approach, which might encourage us to imagine that the oppressed and powerless dream of revenge as a resentful compensatory fantasy to help justify their cowardly inaction, I would suggest that sometimes, oftentimes, it is all one has. If one is denied the opportunity to exercise the radical imagination, which is to say to come together with others, across differences, and discover the shared source of oppression, if one is forbidden from devising, based on the transversal experience of that pain, a vision for a world without it, then revenge fantasy may ironically be the only way to maintain one’s humanity in a situation of relentless dehumanization. To dream of revenge is, in part, to hold fast to the knowledge that what you love has value in a world where it is made worthless. To condemn fantasies of revenge without asking how their bearers are structurally or explicitly prohibited (or made cynical towards) more capacious dreams of collective liberation, is the height of arrogance. For so many, a dream of revenge is all they have, though often that revenge is framed in ways that, if achieved, will reproduce the dominant order and economy, with perhaps slightly different winners and losers. Indeed, to fall prey to the moral blackmail that forbids us to think with revenge is to fail to recognize how widespread its fantasies are, a theme to which we will return in a moment.

Throughout this book I have dropped hints as to a distinction I am trying to draw between, on the one hand, the kind of revenge fantasy outlined above, which hedges towards the reactionary, and, on the other, a more radical and transformative avenging imaginary. On the face of it, the distinction between revenge and avenging is subtle but undeniable: the Avengers, after all, are a team of superheroes; the Revengers would be supervillains. No less an authority on the English language than Dr. Samuel Johnson, author of one of the most authoritative early dictionaries, instructs that “revenge is an act of passion; vengeance of justice. Injuries are revenged; crimes are avenged.”

I seek to identify at least six features that distinguish an avenging imaginary from a revenge fantasy, while also acknowledging that the line between them is never starkly defined.

An avenging imaginary takes Benjamin’s caution (parsed in chapter one) to heart. In his reading, the anti-capitalist struggle is one that dreams of concluding an intergenerational struggle. For this reason, he argues that, in Marx’s work, “the proletariat appears as the last enslaved class, as the avenger that completes the task of liberation in the name of generations of the downtrodden.” Thus it is not enough (indeed, it is dangerous) to focus triumphantly on struggle as the “redeemer of future generations.” In this way we might cut “the sinews of [our] greatest strength” by making us “forget both [our] hatred and… spirit of sacrifice, for both are nourished by the image of enslaved ancestors rather than that of liberated grandchildren.” There is, we must remember, “a secret agreement between past generations and the present one. Our coming was expected on earth. Like every generation that preceded us, we have been endowed with a weak Messianic power, a power to which the past has a claim. That claim cannot be settled cheaply.”