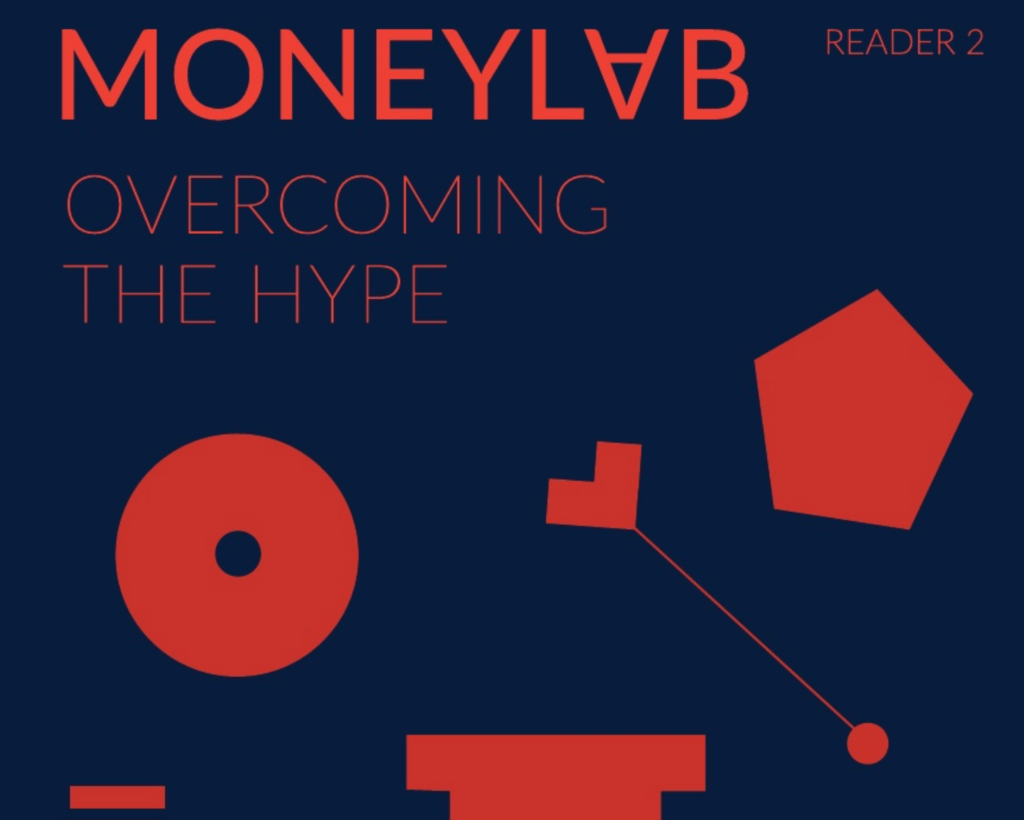 Haiven, Max. 2018. “The Crypt of Art, the Decryption of Money, the Encrypted Common and the Problem of Cryptocurrencies.” In Moneylab Reader 2: Overcoming the Hype, edited by Inte Gloerich, Geert Lovink, and Patricia De Vries, 121–37. Amsterdam: Institute of Network Cultures.

Money is a medium of the imagination. While it is often presumed to be a banal and basic substance marked by its fungibility, ease of use, widespread acceptance and legal status, money also has a dramatic impact on what and who we imagine is valuable. Conversely, money depends on individuals’ and society’s constant imaginative labors to reaffirm its power, especially in an age of immaterial and fiat currencies devoid of any possible use-value outside of capitalist exchange. By extension, I argued that we need to reassess and deepen our aspirations for currency reform: at some level all schemes for ‘fixing’ money, no matter how technocratic, have encrypted within them deep ideological and philosophical assumptions which, if we fail to disinter them, usually lead us to reproduce or reinscribe the ills of the current system in our plans and protagonism for a new one.

With that in mind I want to, here, return to these questions of value, the imagination, currency and power by undertaking what might at first seem like a curious question: what can the fate of art today, in an age of its rapid and dramatic financialization, teach us about the pitfalls lying before those using the latest technological tools to develop supposedly ‘autonomous’ crypto-currencies? At stake here is, once again, to question the very relationship of value and imagination that so vexes anyone looking deeply into today’s capitalist economic system with an eye to change (or abolish) it. To approach an answer, however, we will have to exit the complex, if seductive, cathedral of monetary theory and philosophy for a moment and descend into the crypt, where the bodies are buried.